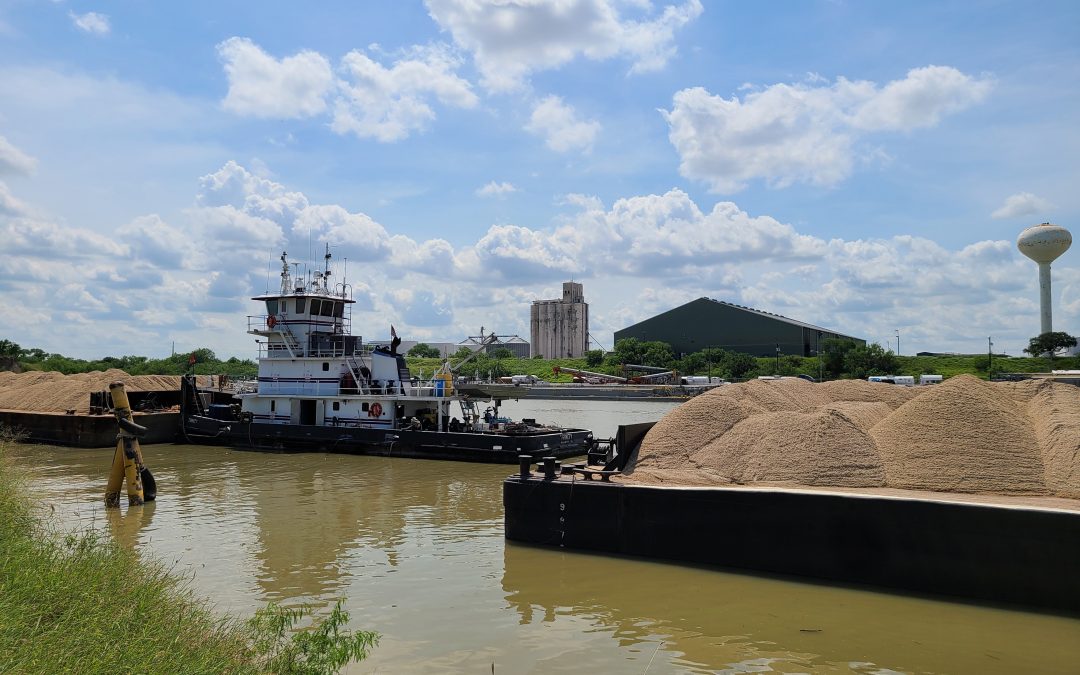 HARLINGEN, TX – The Port of Harlingen is optimistic for the possibility of state funding appropriated for Texas ports in the 88th Legislature after The House Committee on Transportation released their interim report. The report provides two recommendations:

After the last legislative session, Dade Phelan, Texas Speaker of the House of Representatives, charged all committees to study recommendations to many challenges facing Texas, which included the growing concern of ensuring a resilient supply chain through Texas ports. During two separate committee hearings in September and October, the House Transportation Committee heard testimony from Texas Ports, including The Port of Harlingen, and supporting organizations like Texas Department of Transportation and Texas Ports Association and other key stakeholders about the need for investment and funding for resources.

“Historically, the state of Texas has not supported the seaports monetarily and it’s unfortunate. Especially when seaports are responsible for 25 percent of the state’s GDP, Port Director Walker Smith said. “As important and impactful on our economy as ports are, funding from the State of Texas continues to be virtually nonexistent. But, what the Transportation Committee is doing gives us hope. We appreciate the efforts of the committee and Chairman Canales. We appreciate everything the committee has been saying and what they have been researching and looking for answers to – to try and figure out what’s best. We absolutely are in support of the committee report.”

According to the Port Authority Advisory Committee (PAAC), formed under the Texas Transportation Committee in 2001, Texas ranked second nationwide for total waterborne tonnage handled and first nationwide for total foreign waterborne tonnage of imports and exports in 2018. Texas boasts 10 of the top 100 U.S. ports in total tonnage and five are in the top 20, and three ports are among the top five in fastest growing US Ports: Port of Corpus Christi (1), Port of Houston (2), and Port of Beaumont (4).

“We have continued to grow exponentially every year and we do not foresee that slowing down,” Smith said. This is a great thing for the community and the state of Texas but keeping up with maintenance and the ability to handle such growth without funding leaves so much on the table and our port and every other port, looking to where they will find the dollars to fill the gaps for these needs.”

Sans budget riders granted by the Texas Department of Transportation, which has invested $140 million in 47 access improvement projects since 2015, Texas ports are fully self-funded and rely on revenue and local taxing districts for funding. Vastly different from competitive states including Louisiana, Georgia, California, Alabama and Florida, which fund port improvement projects at the state level. In 2001, the Texas Legislature enacted Chapter 55 of the Transportation Code, which would provide means for investment in maritime port infrastructure through the port access account fund. In 2017, the 85th legislature enacted Chapter 56 of the Transportation Code, creating the Ship Channel Improvement Revolving Fund (SCIRF) to be used as a low-interest revolving loan program to expedite authorized deepening and widening ship channel projects. Neither have ever been appropriated funds.

The Port of Harlingen currently has about $60 million in projects for immediate infrastructure needs and expansion, including widening the turning basin expansion and constructing bulk heads, main dock rehabilitation, rail expansion, and building moorings and fleeting areas. Port administration, like all Texas ports, have sought federal funding for assistance, including a recent Port Infrastructure Development Program Grant through the U.S. Department of Transportation for $3.9 million, which will cover 75% of the total project cost for main dock rehabilitation and a lengthy ramp up process before construction. As well as, utilizing the U.S. Army Corps of Engineers Corps’ Continuing Authorities Program Section 107 of the River and Harbor Act of 1960 that provides for navigation improvement, to expand its turning basin. This project is currently initiating the feasibility study phase of the project.

“Texas Ports have had to solely rely on federal grants to fund projects, ad valorum tax revenue or other creative methods, such as private investment, for funding sources” Smith said. “However, applying for federal funding is very competitive and local tax dollars can only be used to maintain already existing infrastructure. Although these sources help, state funding would be critical in filling in the gaps and facilitate much needed and anticipated Port growth.”