HARLINGEN, TX-“Port Harlingen is now open for business!” A phrase that an entire region waited more than two decades to hear and one that would echo as a major spark for economic growth when John W. Fullbright, President of the Intracoastal Canal Association of Louisiana and Texas, declared it 70 years ago.

A day marked with a parade, speeches, a ribbon cutting, bands and other local fanfare, then the Arroyo Colorado Navigation District of Willacy and Cameron Counties (ACND) officially opened the Port of Harlingen for operations on February 27, 1952. It was estimated that more than 5,000 people showed up for the Port’s dedication and to welcome its first official shipment over the dock; 500 tons of pipeline from Starr Country fields towed by tugboat H.F. de Bardeleben III.

“The opening of The Port is the dawn of a new day in the history of the Valley and will do far more to improve the Valley’s industrial development than anyone in attendance will ever realize” Fullbright said that day. “Transportation makes a direct contribution to the wealth of the nation, and the prosperity of the people. The Arroyo Colorado canal is a generous contribution on the part of the people of the Valley toward the wealth of the nation, as it is now connected with 30,000 miles of waterways.”

That day set into motion what would eventually lead to a thriving port transporting more than 3 million tons of goods, which generates about $1 billion in economic activity. 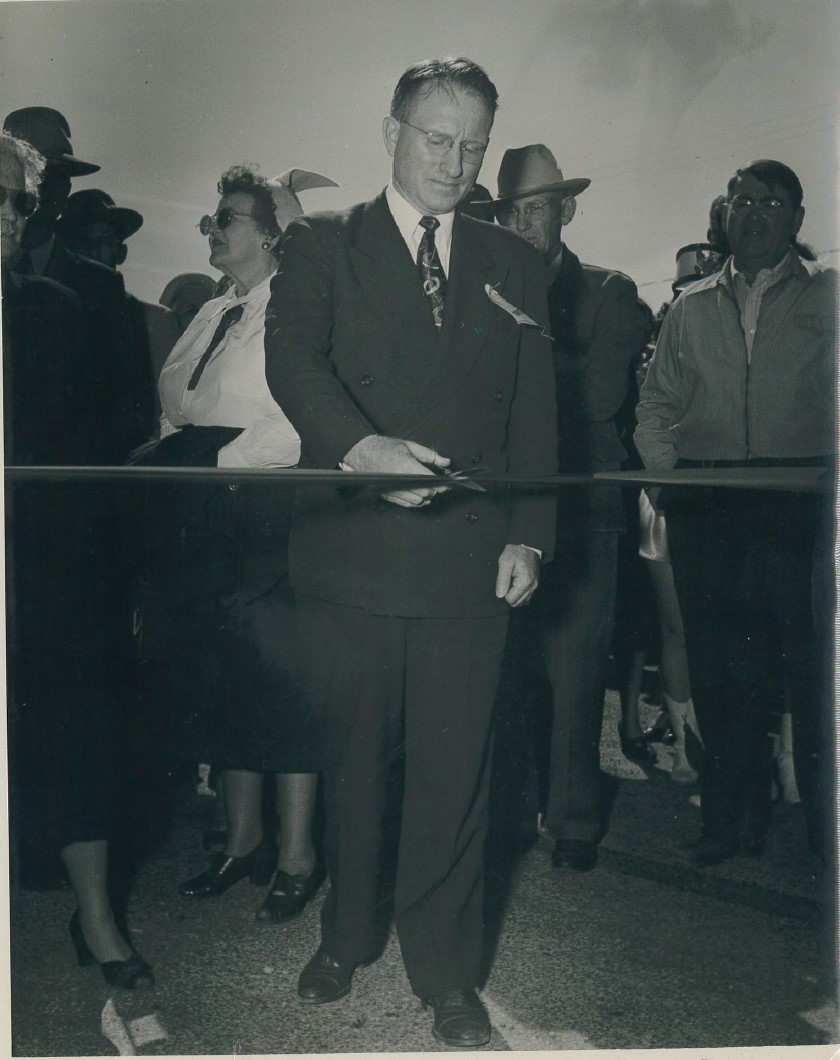 A Civic Dream of Half a Century

The Arroyo Colorado was once seen as an obstacle by early settlers. However, Harlingen founder Lon C. Hill believed positioning Harlingen on the Arroyo would enable the city to eventually become an inland port. The first steps toward building the Port started in 1926. With support by Former Vice President John Nance Garner, then a state senator, and then Harlingen Mayor S.F. Ewing, three individuals; J.B. Chambers, J.R. George and Tyre H. Brown comprised the newly created Arroyo Colorado Navigation District (ACND), pursuant to Article XVI, Chapter 59 of the Texas Constitution, enabled by Chapter 62 of the Texas Water Code.

Authorized and appointed by the Commissioners Court of Cameron County with an issuance of the sale of $500,000 in bonds, the ACND held its first official meeting August 3, 1927. Over the next decade, the commission along with state and federal officials, worked toward organizing, planning and permitting to create what we know the Arroyo Colorado and The Port of Harlingen today. This included determination of the most practical route, and depth of the channel and turning basin, setting an initial tax rate of $0.30 per $100 valuation, and creating a plan of action financially and physically for construction. 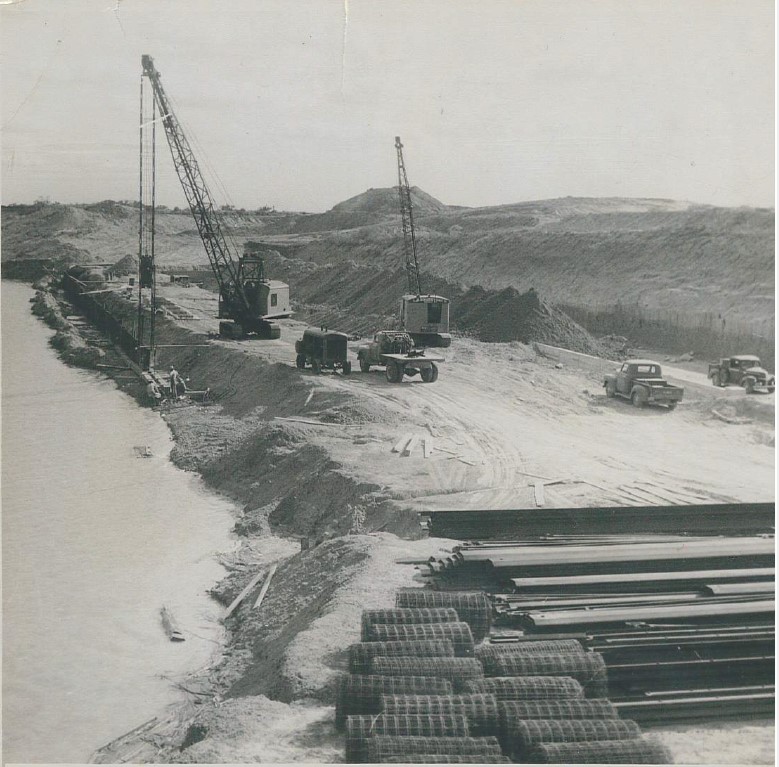 In the 1940s, federal legislation and funding set the site for the new Port of Harlingen to be downstream from the Southern Pacific Railroad Bridge with a channel depth of 12 feet. By June 1951, the dredging of the Arroyo connecting to the intracoastal waterway at the wye was finished leaving only the Port’s turning basin to be completed.

Ballenger Construction Co. was contracted to help construct the basin and the Port’s site. Although only a young boy helping his father Joe David Ballenger and uncle Bill Ballenger with the project, Joe Charles Ballenger remembers all that went into the birth of the Port.

“Ballenger Construction was a smaller company then, so this was a really big project for us,” he said. “We moved the top section of the soil for dredging the channel and moved it to where (the Port office and facilities) stand today. This was virgin area, there was nothing here.”

Although young, even then Ballenger knew the significance of what they were a part of but had no idea the impact it would make on Harlingen or the region.

“It started out as a grain elevator and a dock, with agricultural products. We had no idea what this Port would become,” Ballenger said. “We are proud to be a part of it.”

Construction completed in 1951 and set way for the official opening in 1952.

In its early years, The Port was a terminal for steel, gasoline and fuel oil, ice, fish and shrimp with 2,360 vessels calling within the first eight months.

Over the years, The Port grew into a resource for local farmers for not only a means to transport their production but eventually to receive fertilizer for crops. In 1962, The Port reported 197,758 tons of commodities, which included petroleum, refined and crude; fertilizer, insecticides, grain and building materials.

Along with commodity changes came physical changes, including the groundbreaking and construction of the current Administration Building in 1979, and the ACND officially changed its name to The Port of Harlingen Authority in 1983. 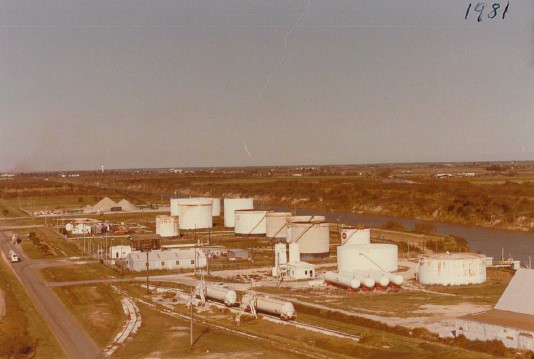 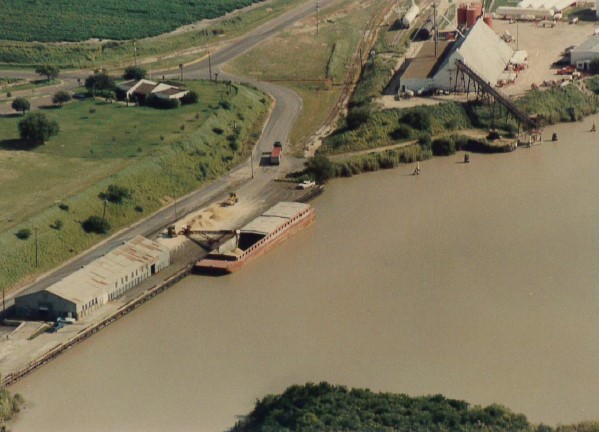 Another commodity that would soon become The Port’s biggest commodity, liquid bulk cargo imports, fertilizer and petroleum products, started to pick up. Over the next decade, The Port of Harlingen added four new tenants. Leading the way is Titan Fuel, which has led the private sector in investing their own funds in infrastructure at The Port.

However, with rapid growth came the increased need for maintenance of Port owned and operated infrastructure that current funding was unable to meet leading the commission to reinstate the Maintenance & Operations tax in 2018 at the same rate it was suspended at in 1999, $0.03 per $100 valuation.  Reinstating the Port tax proveded much needed assistance by using the tax revenues to leverage all available state and federal grant programs to address capital neccessities.

“While the annual operating revenue from tenants pays for operating expenses, the Port of Harlingen implemented a Master Plan that includes not only the maintenance needs of existing infrastructure but adding new infrastructure necessary to handle the growth we are experiencing today, and for the future,” Haman said. “The plan would and has helped us plan better for the future to accommodate for the growth, not only for sustainability, but to grow even more.”

A Vision for the Future

Today, the Port has 650 linear feet of multi-cargo wharf, 100 linear feet of which are dry bulk wharf and five docks on its water side. One of the Ports advantages is the inland, multimodal, transportation network with direct connections to US-77, US-83 and Interstate I-69, a terminal rail served by Union Pacific with connections to Burlington Northern Santa Fe and Kansas City Southern de Mexico, and air service through the International Cargo facilities at Valley International Airport. Recent legislation also expanded the Port’s Commission from three to five elected community representatives.

The Port of Harlingen has experienced growth in tonnage moving in and out. The Port had a 29% increase in commodities with a total of 3,013,124 tons moving through our Port in FY21.

“Reaching three million in tonnage is a significant milestone in the port industry,” said Port Director Walker Smith. “This opens the door for more federal funding that would have been unreachable in the past.” 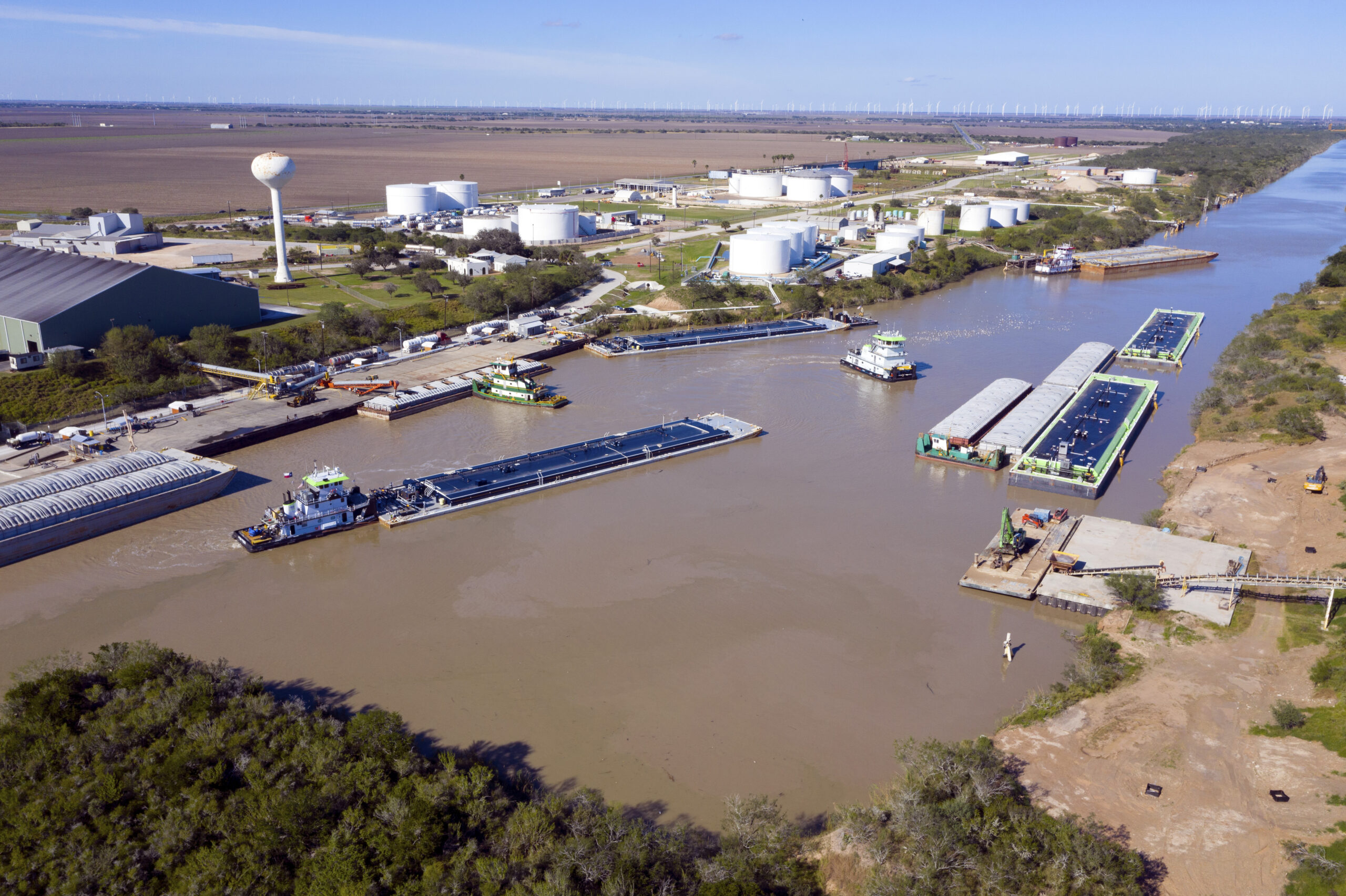 Smith said space and infrastructure improvements and upgrades will be in the Port’s short-term plan over the next five to 10 years. This includes improvements to roadways, diesel fuel loading areas, turning basin expansion and dredging permit, new cargo and containment lay down yard and a proposed bulkhead.

“Thanks to state grant programs, we have been able to upgrade our roads to concrete, which is more sustainable,” he said. “We have also been able to create two, three truck queuing and laydown areas to accommodate trucks that will be loading for export.  Also created was a roll on-roll off ramp for ease of barge loading without the use of a crane.”

For more information contact Amy Lynch, Director of Public Relations and Marketing at amy@portofharlingen.com or 956-324-0283